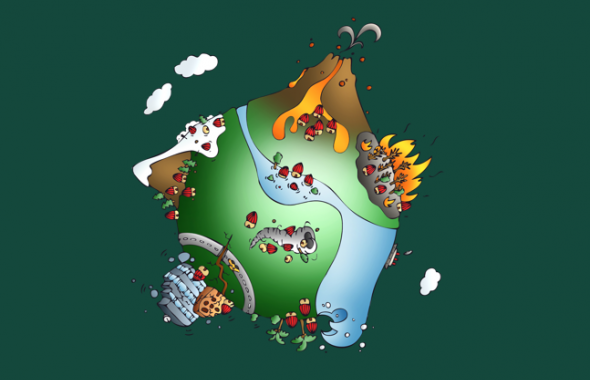 Risk education is to teach the children to live with the risks in the most responsible way possible, to give them a culture of risk and an understanding of the hazards and issues, so that they can adopt appropriate behaviors. Although it is an integral part of education for sustainable development (ESD), risk education is still hardly addressed in schools, probably due to lack of
resources or training of teachers on this topic.

Existing projects can be categorized into two generally opposing approaches :

The first three sessions offer respectively the study of volcanoes, earthquakes and tsunamis using an essentially scientific approach (but which does not ignore prevention) while the fourth provides a methodological framework intended to facilitate the study of local risk, its perception by the population, and the means by which they can protect themselves.