A laboratory of ideas and innovative practices for nearly 30 years, the Fondation La main à la pâte is committed to working with teachers to improve the quality of science teaching in schools and middle-school.

The impetus of Georges Charpak and the French Academy of Sciences 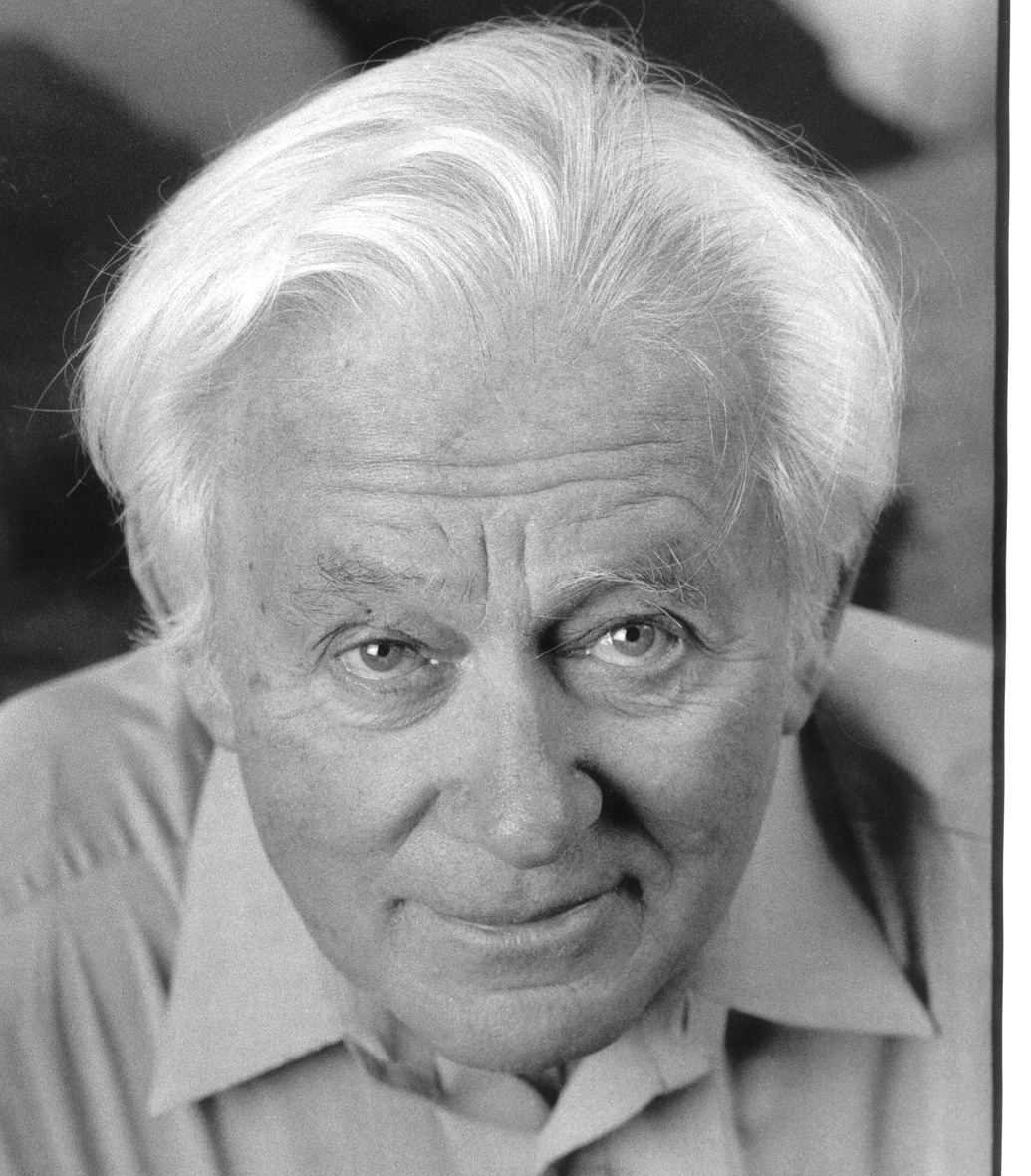 Science teaching suffers from numerous lacks, particularly in primary school. A study trip to Chicago was organised on the initiative of Georges Charpak (Nobel Prize in Physics 1992), Pierre Léna and Yves Quéré, with the support of the French Academy of Sciences, of which they are members. A delegation from the French Ministry of Education accompanied them. The aim was to draw inspiration from the American "Hands on" programme, which emphasises science teaching based on experimentation, observation and questioning to combat school failure and violence in disadvantaged neighbourhoods.

Today, the French Academy of Sciences is still strongly committed to La main à la pâte. Involved in the governance of the Foundation, at the highest level, and on a daily basis through the numerous scientific contributions that its members make to the production of resources and training for teachers.

Back from the United States, the La main à la pâte programme is launched. In collaboration with the French Ministry of Education, the team formed was responsible for supporting and training teachers, providing scientific and educational resources in the classroom and, for the first time, mobilising the scientific community to support primary school teachers and contribute to the renewal of science teaching.

From experimentation to institutionalisation 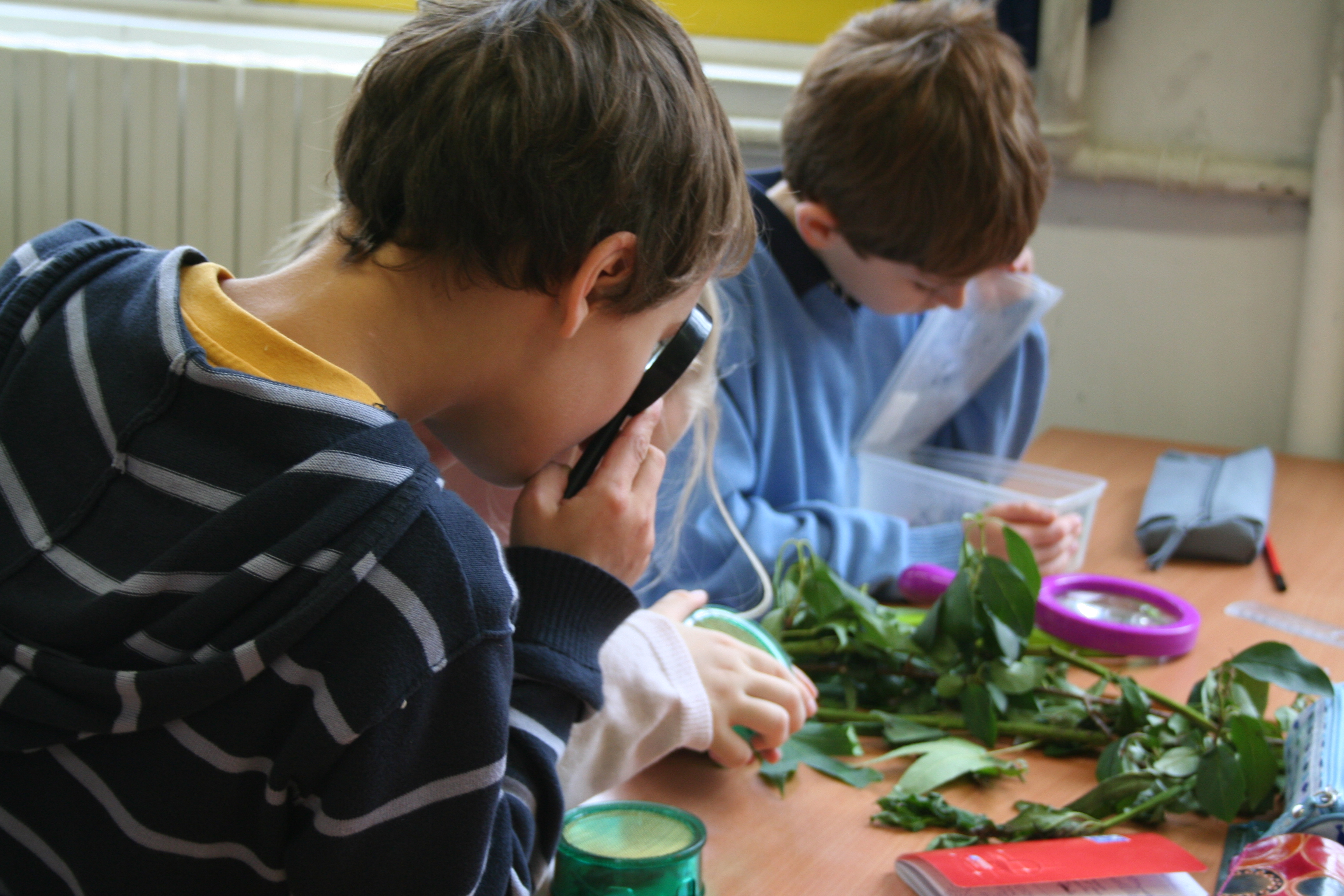 In June 2000, the French Minister of Education decided to gradually introduce science teaching inspired by La main à la pâte to all schoolchildren and adopted a Plan for the renovation of science and technology teaching in schools (PRESTE). Two years later, this same pedagogical approach was integrated into the new science and technology programmes for primary school.

Creation of the network of "Centres pilotes"

La main à la pâte sets up the network of "Centres pilotes". More than half of whose classes are located in priority education zones. These centres, designed to provide concrete local support to primary school teachers (loan of equipment, training, advice, etc.), became over the years the territorial laboratories of La main à la pâte. They are constantly innovating and enriching the network's practices in line with a vision of science teaching as a lever for reducing inequalities and promoting social cohesion.

Today, the 26 "Centres pilotes" remain a pillar of La main à la pâte's action and provide support to more than 10,000 classes each year.

At a time when many countries are facing the same difficulties in science teaching, La main à la pâte's international commitment is a natural consequence. Its active participation alongside the French Academy of Sciences in the work of several international organisations (Inter Academy Partnership, OECD, UNESCO, etc.), its support for major emerging countries such as Brazil and China, and its leadership in several European projects that have helped to place these issues at the heart of the priorities of the European Commission and EU member states, have been among the highlights of its international action.  In 20 years, La main à la pâte has collaborated with more than 50 countries, notably through its annual international seminar and numerous training and exchange projects.

Today, the Foundation continues its commitment and focuses its action on developing countries, through cooperation programmes targeted in sub-Saharan Africa in particular and via the creation of the Office for Climate Education dedicated to a global issue for science education : climate change.

From primary to secondary school 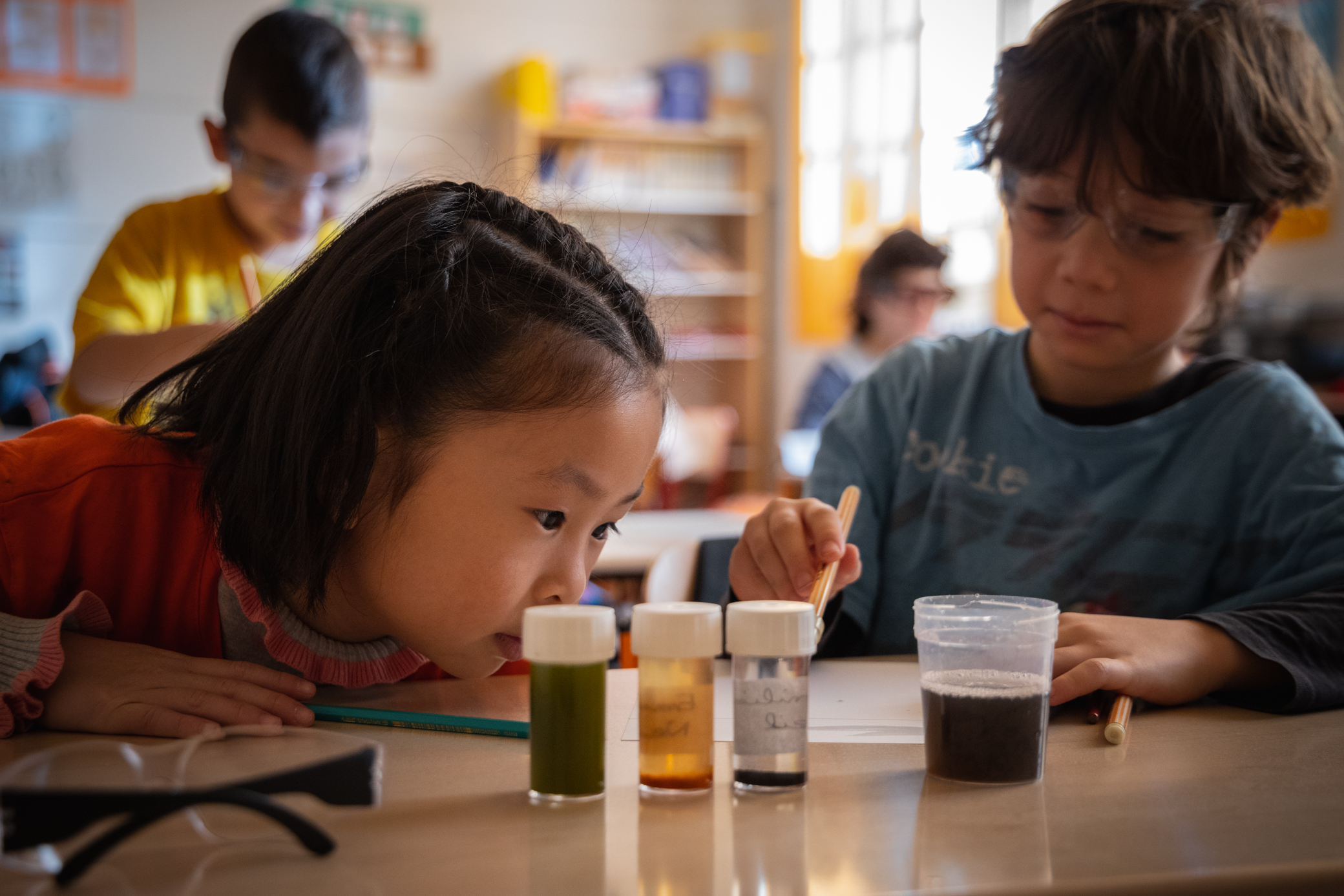 In the early 2000s, the idea of reduce the gap in science education between primary and secondary school began to emerge. Following the publication of reports by the French Academy of Sciences and the French Academy of Technologies, the Ministry of Education took up the subject and launched a debate on maintaining science and technology as a single subject, while retaining the investigative approach that had proved its worth in primary school.

It was in this context that the integrated teaching of science and technology (EIST) was born. After having been tested in some fifty secondary schools between 2006 and 2010, the model was extended, particularly in priority education areas. It will be coordinated and supported by the La main à la pâte team. In several aspects, it prefigured the 2016 middle school reform.

Today, the Foundation is still in phase with cross-disciplinary science teaching, which it applies in particular in La main à la pâte secondary schools, by involving technology, physics-chemistry and life and earth sciences teachers in the same projects. The strength of this concept lies in the disciplinary expertise of each teacher, while promoting a unified vision of the approach among students.

The French Academy of Sciences is joined by the Ecole Normale Supérieure de Paris and the Ecole Normale Supérieure de Lyon, already long-time supporters of La main à la pâte, to create the eponymous Foundation. The Foundation encompasses all the activities carried out so far for the benefit of science education at national and international level.

Today, with a team of 27 people and the support of numerous partners, the Fondation La main à la pâte has gradually grown in strength and has developed recognised expertise and know-how in its various fields of action.

Selected in the framework of a call for projects under the Scientific, Technical and Industrial Culture programme of the "Investissements d'avenir", the Foundation launches the project of "Maisons pour la science" at the service of teachers. Initially, there are nine of these centres, with a regional scope, located in the heart of French universities and involving the rectorates, offering training to help teachers develop their practice and bring them closer to the scientific community. The network is coordinated by a national centre established within the Fondation La main à la pâte.

Today, and despite the end of the funding mobilised for the creation of the network in 2019, three new "Maisons" have joined it, and other locations are being studied, testifying to the attractiveness of the model developed. 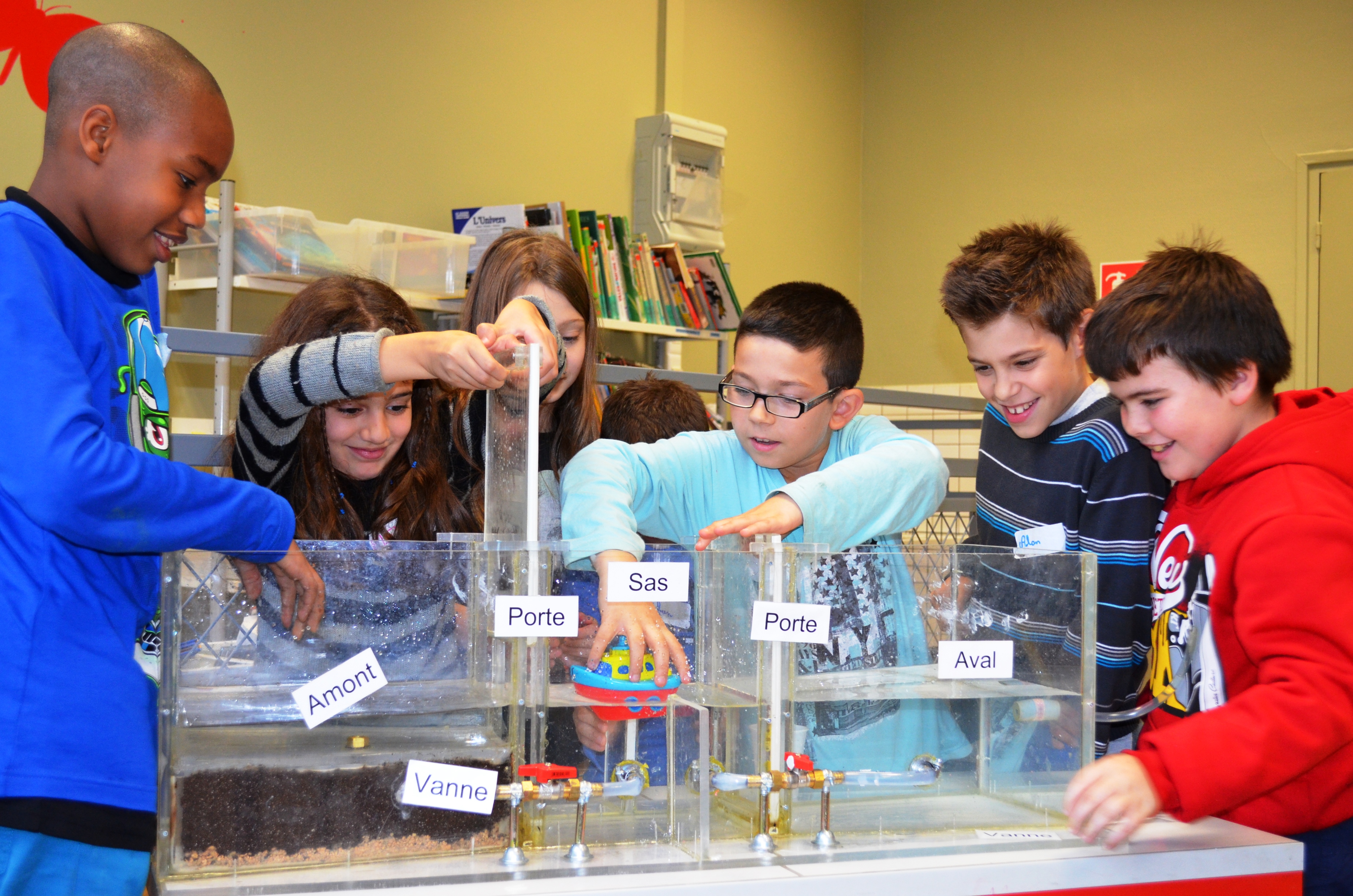 Pilot schools were set up in 2016 as prototypes where educational experimentation is nourished by contributions from the scientific and technical world, to shape the school of tomorrow. Located in priority education zones or rural areas (half of them), these establishments aim to encourage attractive and creative use of science and technology in the classroom by promoting synergies between researchers, engineers and technicians working in laboratories and companies on the one hand, and teachers on the other. The aim is to work in teams to set up interdisciplinary scientific projects.

Today, after having experimented with the pilot scheme in more than 120 secondary schools, the network of "Collèges La main à la pâte" is open to any school wishing to bring science to life within the school and in conjunction with external players.

Creation of the Office for Climate Education (OCE)

Following the Paris Agreement and the emphasis placed on raising awareness of climate change among the younger generation, the Foundation and climate scientists decide to create the Office for Climate Education (OCE) with the aim of organising scientific, educational and operational cooperation on an international scale for climate change education. The OCE was officially launched in 2018 as a foundation under the auspices of La main à la pâte, with the "Institut de Recherche pour le Développement", "Météo France" and the "association Météo et Climat" as founding members. In 2020, the OCE becomes a UNESCO category 2 centre. Its action is developing on a large scale, particularly in developing countries.

The lockdown caused by the Covid 19 pandemic has had a lasting impact on the habits of teachers and pupils. Digital equipment, skills and resources have become essential for the continuation of remotely learning.

In this context, the Foundation has been strongly mobilised to remain at the side of teachers, but also of families, by providing them with a set of specific resources adapted to remotely learning. Its reactivity was made possible thanks to its long-standing experience in the design and development of digital teaching tools.

Its training strategy -focused for some years already on the integration of distance modalities- has also proved to be particularly opportune. Indeed, by launching the same year the e-learning platform L@map, which offers tutorials to facilitate the use of classroom resources by teachers, the Foundation has been able to maintain a teacher training activity and has equipped itself with a structuring tool for its future actions.